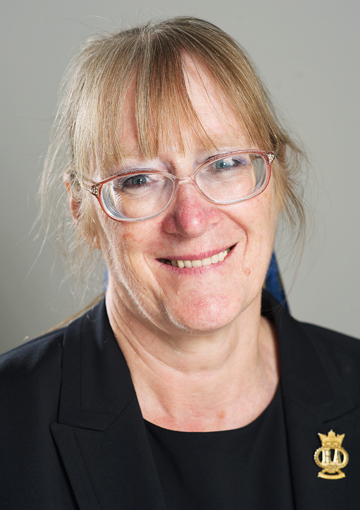 In 2007, Shirley and her husband relocated to Banstead from their home country of South Africa, to be closer to her daughters. Shirley trained as a nurse at 18 in Zimbabwe so has always worked in the health field.

She applied for a position as a carer for The Royal Alfred as it was local to where she lived at the time and she already knew of the home, having walked around the lovely grounds. Two years after joining the Society, the team advertised for a Housekeeping Manager and Shirley applied, relishing the thought of a new challenge for her growing skill-set.

Shirley was offered the position and has been enjoying the role ever since. Every day is different and she thrives on the variety, leading a vital team within the Society.

Her family feels connected to The Royal Alfred as, following a bout of heavy snow a couple of years ago which meant very few staff could make it to work, Shirley, her husband and three daughters gave their time to help around the Home.

In her spare time Shirley loves to sew, spend time in her garden and entertain her growing family.